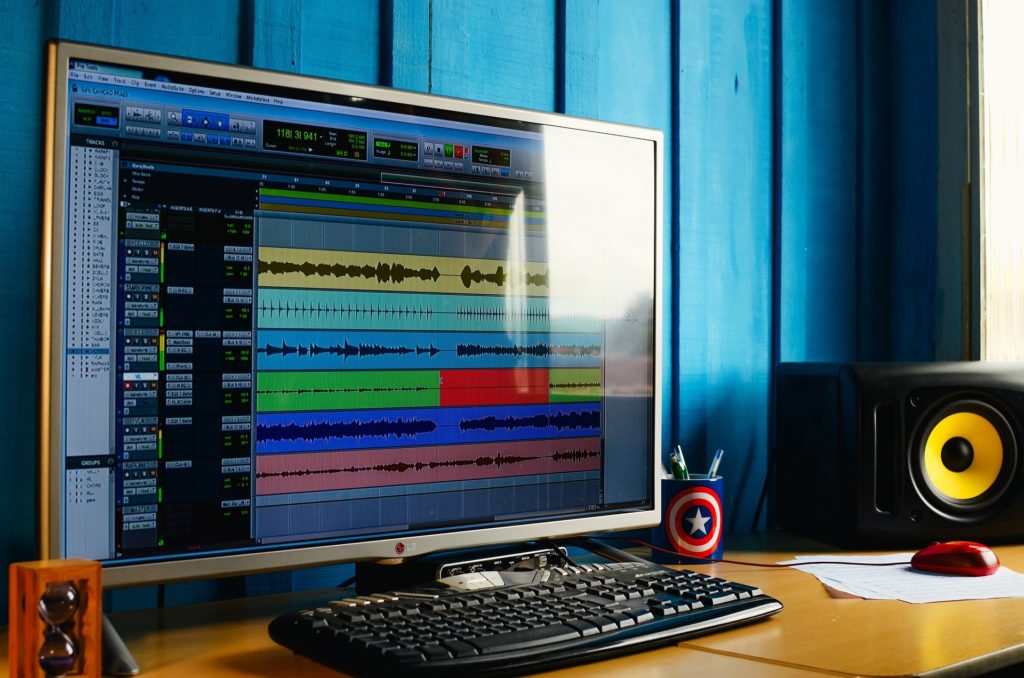 The Digital Audio Workstation, know as a DAW in the professional world, or recording software in layman’s terms, is the current go to solution for demo creation.  Guitarists were once stuck with shelling out a $1,000.00 for a 4 track tape machine that used your standard tape cassette, before that, you were stuck recording on your home stereo system, or, if you were real invested, you could pickup a ¼” Two track reel to reel machine, and have to dig through a pile of reels you could only hope don’t fall apart after a few years. Taking on learning a DAW concurrently while learning the guitar on Uberchord App (click for free download), you can open up new avenues of creativity and offer a more enjoyable learning experience.

Garage Band is the go to solution for the low budget mobile world in the Mac platform, it’s big brother, Logic Pro takes on the same layout as Garage Band, and greatly expands the programs capabilities to allow for far larger amounts of tracks,  and effects usage. 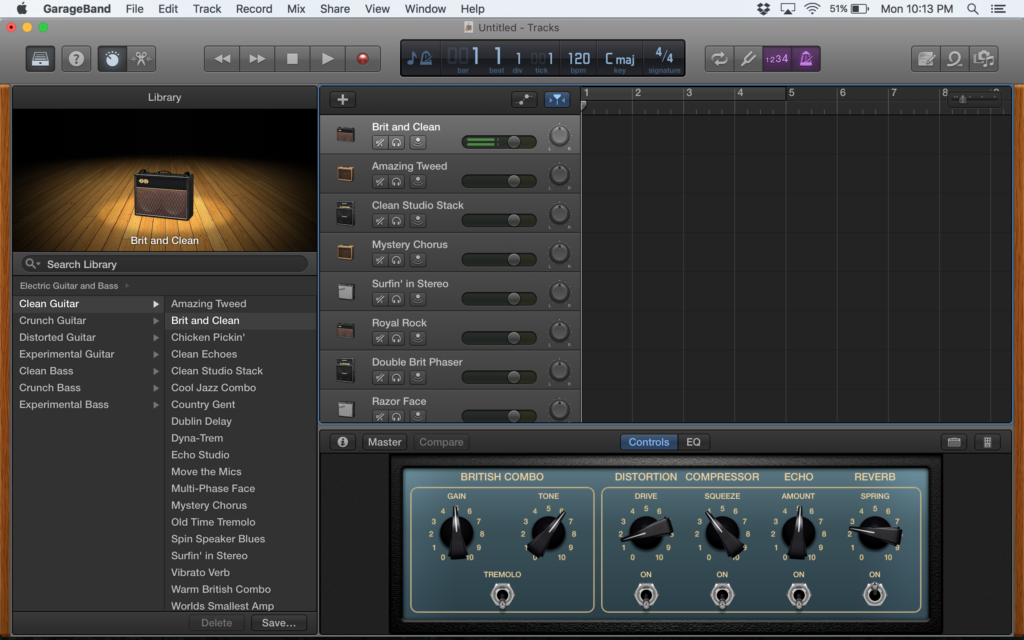 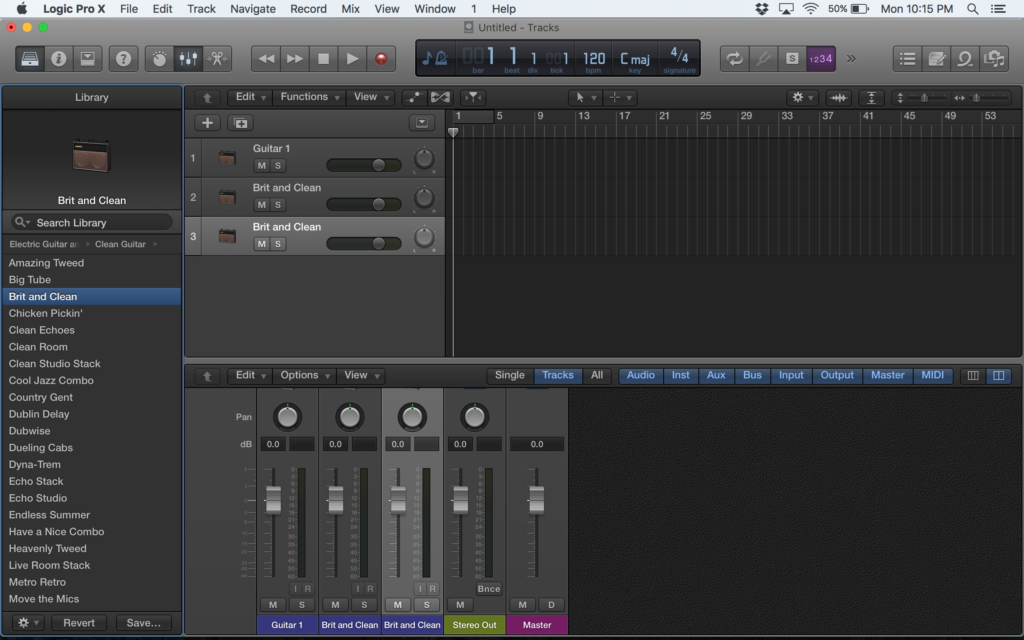 Pro Tools has been the industry standard recording software since the 1990’s, it’s pricier than the Mac made applications, it also consumes a much larger amount of CPU processing power. The upside of the software is an unparalleled editing capability, and audio manipulation. If you want to bring a project into a professional studio, you’ll just have to bring a hard drive filled with  your files from home into the studio, and you’ll have seamless integration.

Adobe Audition is seeing rising usage amongst Adobe cloud users, seeing as it’s part of the creative suite that Photoshop and Illustrator come in.

Ableton Live thrives on its looping capabilities, and it’s ease of incorporation to physical hardware, great for a guitarist looking to incorporate electronic elements into their live performances.

A few other popular DAWs on the market are Audacity, Nuendo, Digital Performer, Mixbus, and Cubase.

DAWs are much like guitars, in that marketing departments will have you believe in vast differences between them. This article will be an introduction to the similarities of the software.  Lets start with how to hook up your instrument to a computer. The audio interface (image below) is where you can plug-in your instruments, which will have some, if not all of the following aspects to it:

The interface is there to give you the ability to take the sine wave (analog) that is produced by any instrument, i.e., your vocal chords, or the string of a guitar, and translate it to the binary code (digital) that a computer understands so it can translate it back into the sine waves that we understand and play it back for you. This is the sole function of the Analog to Digital Converters and Digital to Analog Converters, most often refereed to as the AD and DA converters, .

The preamps essentially function the same as a gain knob on a guitar amplifier, allowing the user to dictate the volume of an instrument coming into the computer.

How to connect your instrument(s), the biggest sell point for an audio interface is how many of these come on each unit. Basically, find the unit that has the number you need, it’s very much a get what you pay for world. For most people, a 2 input, 2 output interface is all that is needed. Without going into too much detail, Balanced/Unblanced, Mic/Line, are easiest understood as the difference between a three pronged, grounded power outlet, and a two prong unpowered outlet.

MIDI stands for musical instrument, digital interface. This is a computer code invented in the 1980’s, that allows for large amounts of information to be sent to a computer for it to decipher and playback into synthesized audio. MIDI is mostly used with keyboards, but there are guitar and bass MIDI pickups, as well as audio to MIDI interfaces available on the market. MIDI information can be carried through a USB cable or through a proprietary 5pin cable. Picking up a MIDI pickup for your guitar will allow you to trigger synth sounds like a keyboardist can. Want a banjo or a cello for a bit? Here’s how. The technology has never been terrific in the guitar to MIDI world, but it can be fun to play around with for a little while.

Now that you have a basic understanding of how to get your instrument talking to your computer, lets take a look at the DAW. DAWs will have controls for: 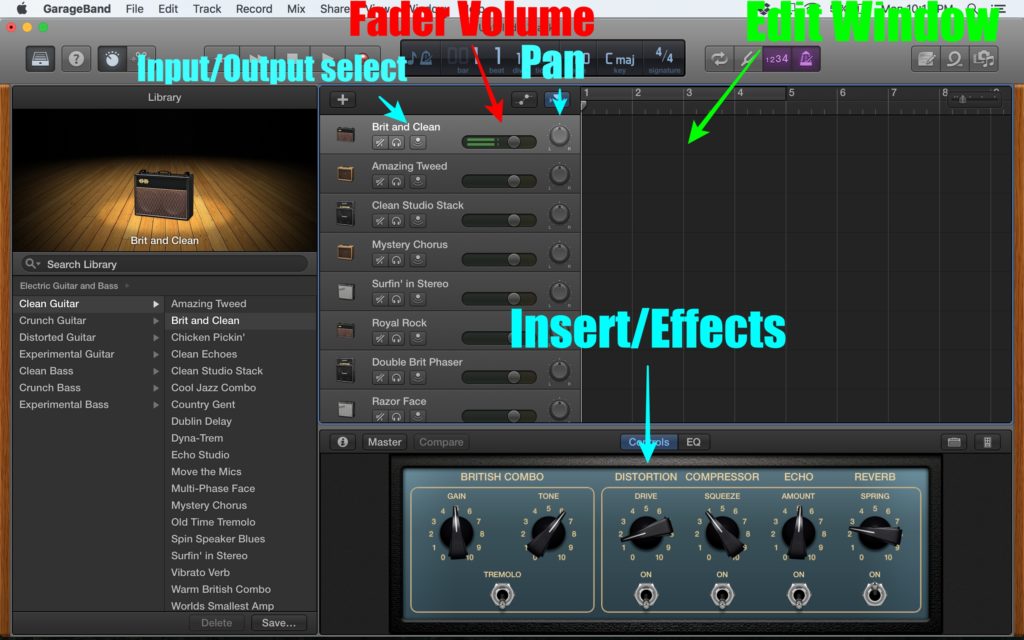 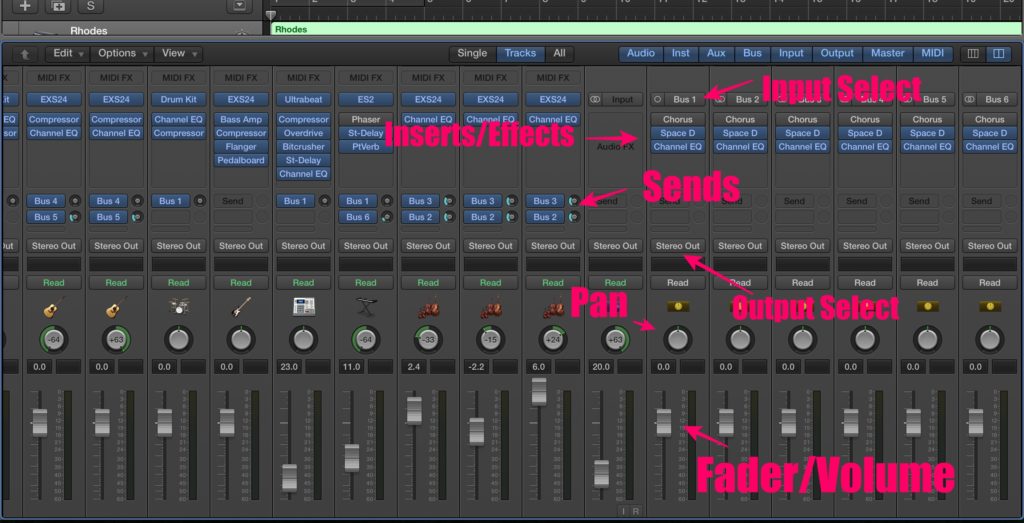 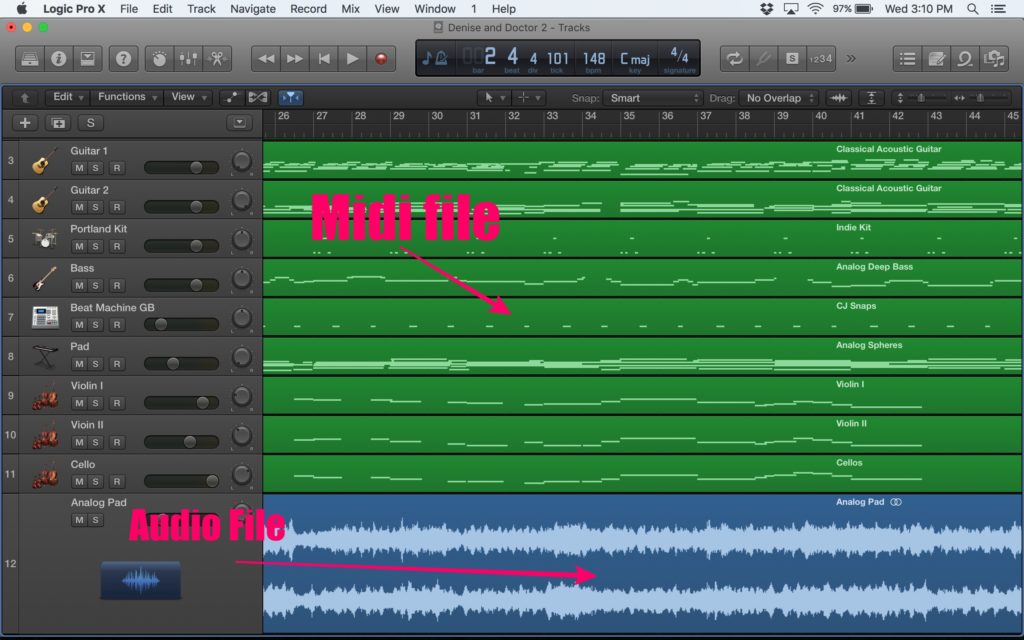 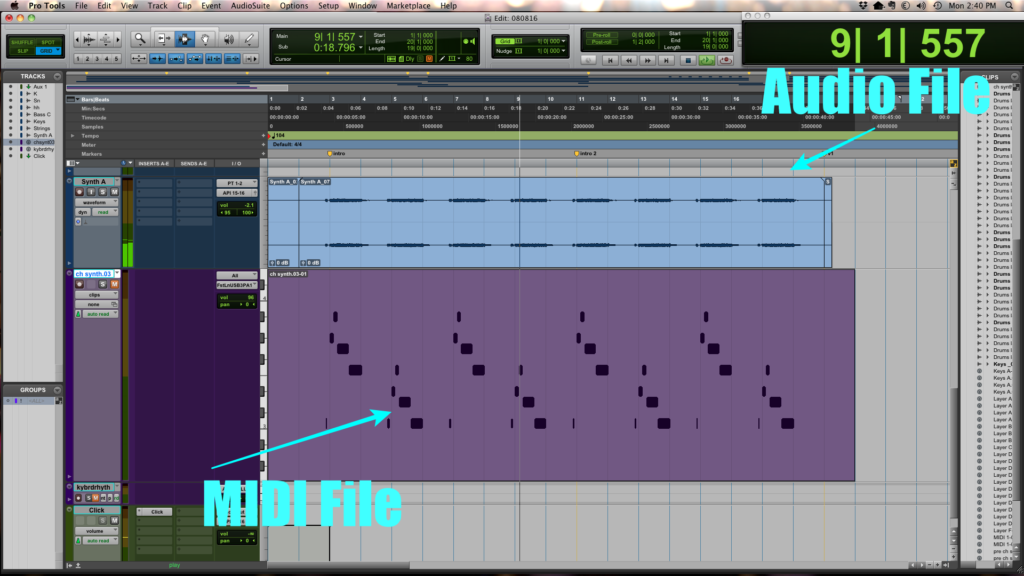 Live’s “session” view,  a bit different from the mix window of the other DAWs, but the same principle elements are still present: 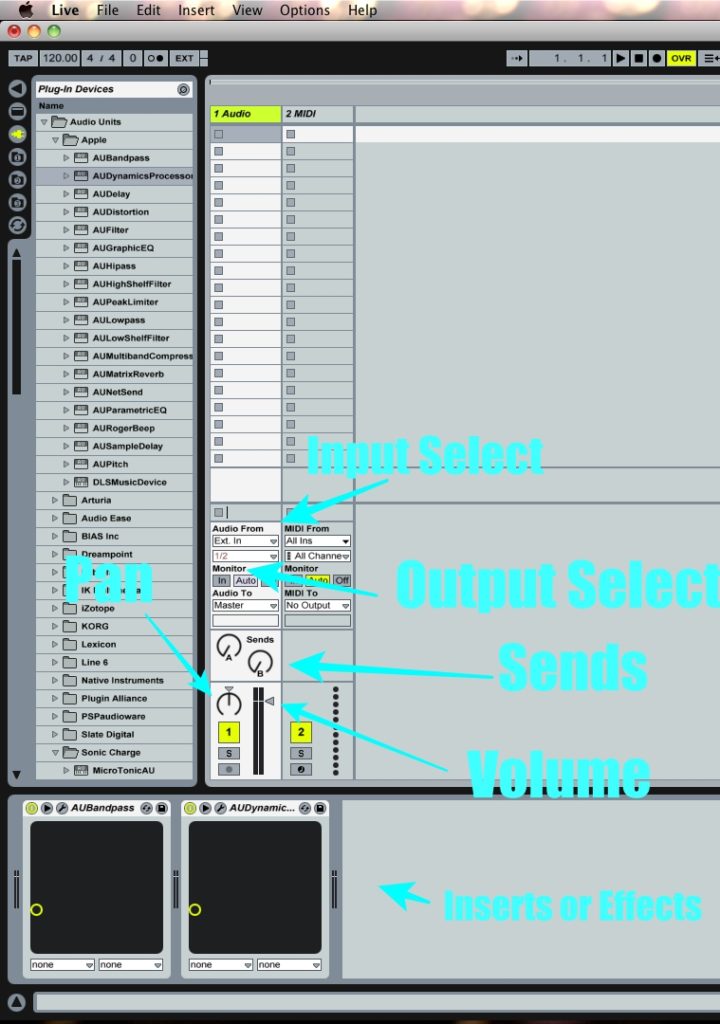 Live’s “arrangement view”, recalling the other DAWs edit window, with it’s own set twist on the deisgn. 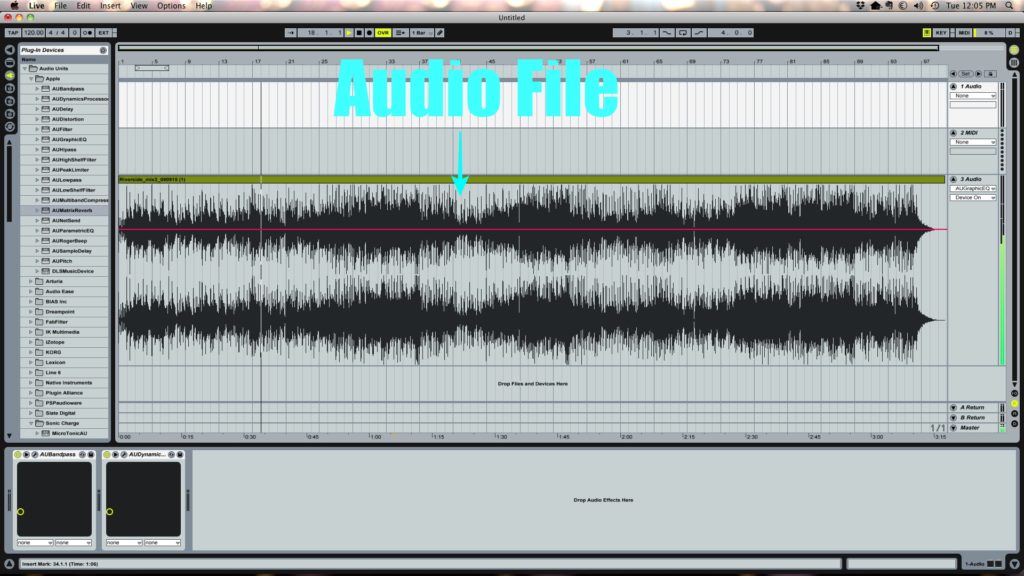 DAWs allow several tracks of audio to be bounced down, or rendered, to a stereo file that can be played on the standard music player of your choice. So you can create a full demo for yourself with a fairly minimal software purchase, assuming you already own a computer or tablet.

The great thing about these programs is the number of online tutorials. Here are a few videos to help you get started:

An introduction to Pro Tools:

An introduction to Ableton Live:

An introduction to Logic Pro:

An introduction to Garage Band:

An introduction to Nuendo:

An introduction to Cubase:

The reality is that these pieces of software are can seem intimidating at first glance, but are only limited by your creativity. They are all very user friendly, and with just a couple of hours use, can become a powerful tool that works as easily as your favourite web browser, and can increase the fun of learning your new instrument. 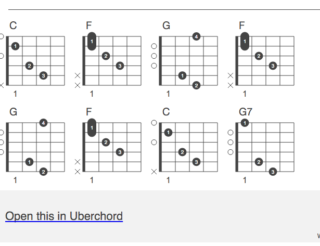 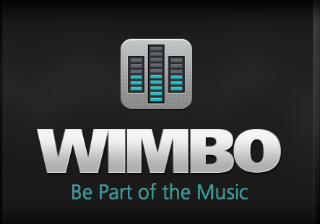 Wimbo: A Review of Our New Favorite Music App 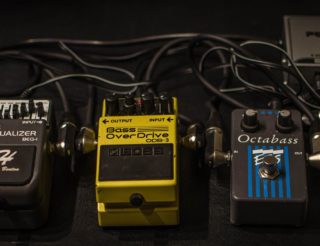