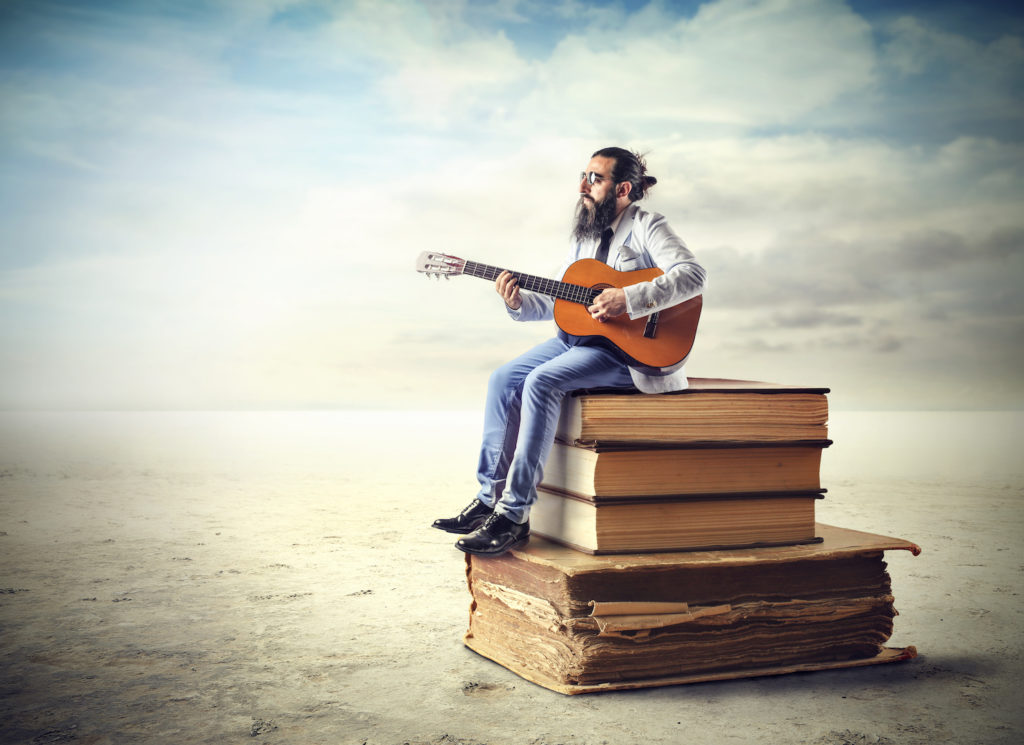 In this article, I am listing 10 pieces of advice I would have given to my younger self if I could travel back to time when I just started playing guitar. There are always some things that we guitarists wish we had done differently, and although some of these regrets are shared by the majority of guitar players, I understand everyone’s approach to make up for these mistakes are different. Hopefully these 10 suggestions will help you get closer to your guitar goals. So, before we begin, let’s hear the master guitar player Steve Vai sharing his secrets, inspirations, and motivations for being a successful guitar player.

1. Learn As Many Different Chords As Possible

It doesn’t matter how much you like the X song, if you’re always playing the same chords every time you play that X song, you might end up feeling bored and less motivated to play it. A simple fix would be substituting the chords and voicing implemented.

If you’re a songwriter, knowing several alternatives to the same chord on the guitar will certainly give you an advantage. Think of chords as colors that you can use to paint a richer musical landscape.

If you’re a beginner, carrying a book full of chords everywhere is a hassle. The guys at Uberchord app (click for free download) have developed an app that I recommend to my students to practice guitar with as it listens to you and provides you instant feedback. It also offers you a handy encyclopedia of chords in different inversions.

2. Learn To Practice in a Disciplined Manner 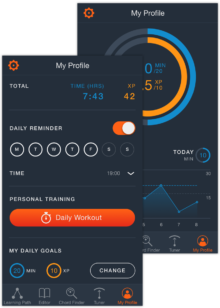 There is a clear difference between practicing intently and fooling around with the guitar. Unfortunately, as the former yields results, the latter is likely to cause disappointment and might even make you want to quit playing guitar. It is okay if you are facing practice motivation, everyone faces creative blocks, try and interact with other guitar players.

If you’re learning on your own, knowing how to practice the disciplined way will save you from a lot of disappointment later. With the latest version of Uberchord app, you can create daily reminders for your guitar practice, not just that, you can even keep track of your goals and achievements as you practice and learn.

3. Use a Metronome to Develop a Feel for Timing 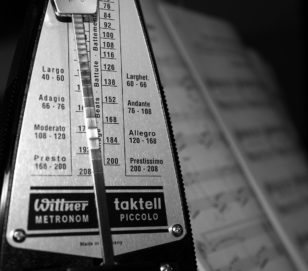 Learning when to play fast, when to play slow, before the beat, on the beat…when to decrease or increase the tempo and still remain in control. These are invaluable skills that any guitarist could use with other musicians.

We guitar players in general tend to rush. I, for one, tend to rush quite often and whatever I record is usually 10ms ahead of the beat. This is something I could have prevented from happening if I had practiced with a metronome during my early years of guitar playing. Check out this free online metronome.

4. Pay Attention to Dynamics and Different Nuances of Your Playing

Whether it’s strumming of chords or soloing, knowing which notes to accentuate when can make a huge difference in your playing. You really don’t want to sound like Guitar Pro or like a VST plugin that replaces the unique, human touch of a guitar player.

Try this: pick something you’ve pretty much mastered playing. It can be a riff, a melody, a pattern of chords. Now play it 4 times, each time changing the accents on the rhythmic subdivisions. Remember that not every attack of your fingers or your pick must have the same volume. Explore different techniques. Paying attention to these aspects will help you enrich your understanding of tonalities.

5. Listen to More Than Just One or Two Genres of Music 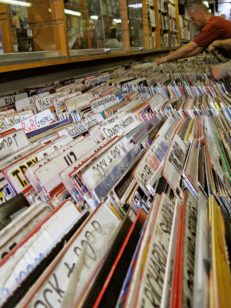 When I first started playing guitar, I was solely into nü-metal and heavy metal from the 80’s. I thus was focused on practicing power chords and rhythm/riff playing. My taste in music changed a bit during my mid teens when I discovered European power metal and speed metal, which lead to a switch of my focus. This is when I started to work on more technical details. I then discovered prog, and started to focus on music theory and more advanced techniques. After a while, I re-discovered classical music (music of my childhood) and started to focus on expression and technique from a different perspective.

My practice schedule was monothematic for the most part and largely dependent on the music I was into at that particular point of time. I believe I am not alone in this. Some players spend years working on their technique before realising that there’s more to guitar playing than just technical stuff. This can be prevented by listening to different genres of music and letting them guide you by aiding you in approaching the instrument from different angles. 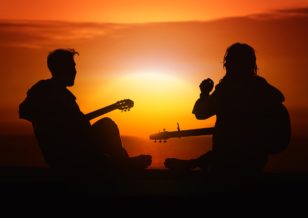 You can learn something from everyone, regardless of their skill level. Try to focus on the positive aspects of someone’s playing, rather than the negative. I’ve noticed how some technical players tend to lose the spontaneity and freedom in their playing that they had during their earlier years. They could learn a thing or two from guitar players on the streets, who might be raw in terms of playing technique but for this very same reason are able to let loose and play in a free, relaxed manner.

7. Play With Other Musicians as Often as Possible 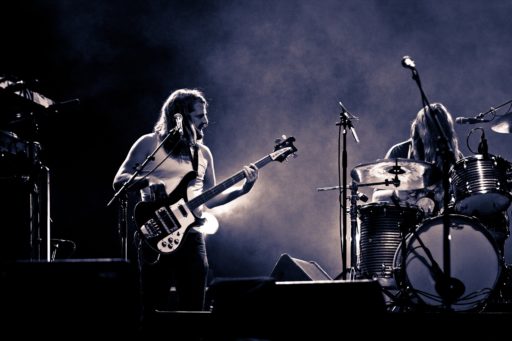 This is an invaluable experience that cannot be provided to you by jam tracks or loop-stations. Being patient and tolerant are necessary in order to make the most out of that experience, as you’ll likely be playing with musicians who are on a different level than you are.

Every musician needs to find their rhythm with other musicians. Don’t miss the chance to play with people who have embraced genres If ythat differ greatly from your preferences. Even that experience could result in you gaining new knowledge.

8. Explore the Sounds and Effects Offered by Other Instruments 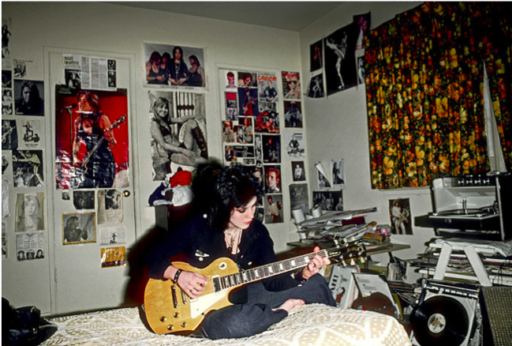 This is one good way to challenge yourself and discover new possibilities offered by your instrument. Guitarist, Guthrie Govan mentions this in one of the chapters of his book “Creative Guitar 2”. If you hold instruments such as the violin, banjo, piano or the flute in high regard, try to figure out ways to imitate techniques and effects particular to those instruments – it is creatively challenging and fun.

For example: try imitating drum beats using your strumming hand. This is probably the easiest way to explore different rhythms and spice up your own riffs or strummed chords. Simply take a beat by one of your favourite drummers and imitate it using your right hand. Start out with something simple, for instance the beat in Queen’s “We will rock you”. Make sure you use plenty of string muting and blocking to make your strumming percussive and groovy. 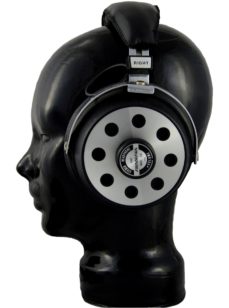 Whenever you learn a new chord or scale, try to associate its sound with something. Most guitarists can identify the sound of the Phrygian dominant mode because we’ve been taught to associate it with Oriental vibes. I’m sure that you’ll forever associate the sound of the acoustic scale with the theme music for The Simpsons. I always think of the word “space” when I hear augmented chords, and “unexpected dreadful scene” whenever I hear diminished seventh chords. These associations will help you identify chords and scales, even if you aren’t able to tell which notes are being played. One of my most favourite online ear training website is www.musictheory.net 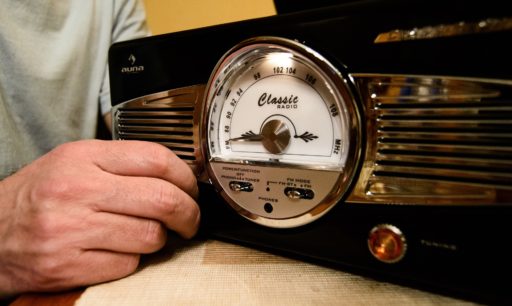 Most of the most memorable music written by Western musicians is quite simple in structure. The most popular melodies tend to be simple that can be sung or whistled by anyone. The chords are not as advanced as you might think. It’s just that the instrumentation makes things sound more complex than they really are. “Less is more” may at times seem like a clichéd thing to say, but it’s often the best way to approach the creation of music.

So there you have it. 10 pointers that will hopefully help you achieve more this year. I wish I had heard these advices back then, and I’m positive it will get you closer to where you want to be as a guitar player.

Here is a basic chord exercise you can try.

Now you should be in a much better place to move forward as a beginner. Lots of players face many unknowns as they progress and end up creating bad habits, but with the Uberchord blog you’re on now you’ll be able to avoid many mistakes like we’ve just talked about. So keep learning and exploring, and maybe these articles on izzy stradlin compositions, spanish guitar chord progressions, and db scale chords can help. 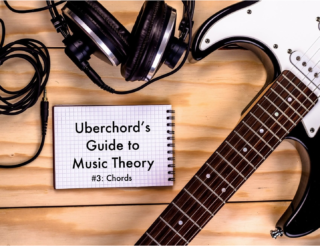 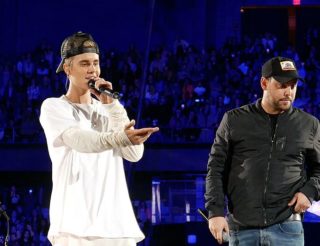 Let Me Love You by Justin Bieber | Lyrics with Guitar Chords

Enjoyed looking through this, very good stuff, appreciate it. “To be positive To be mistaken at the top of one’s voice.” by Ambrose Bierce.

First off I want to say excellent blog! I had a quick question in which I’d like to ask if you don’t mind. I was interested to find out how you center yourself and clear your head before writing. I’ve had difficulty clearing my mind in getting my thoughts out there. I truly do take pleasure in writing but it just seems like the first 10 to 15 minutes tend to be wasted simply just trying to figure out how to begin. Any ideas or tips? Thanks!|

It was really helpful to read an article like this one, because it helped me learn about the topic.