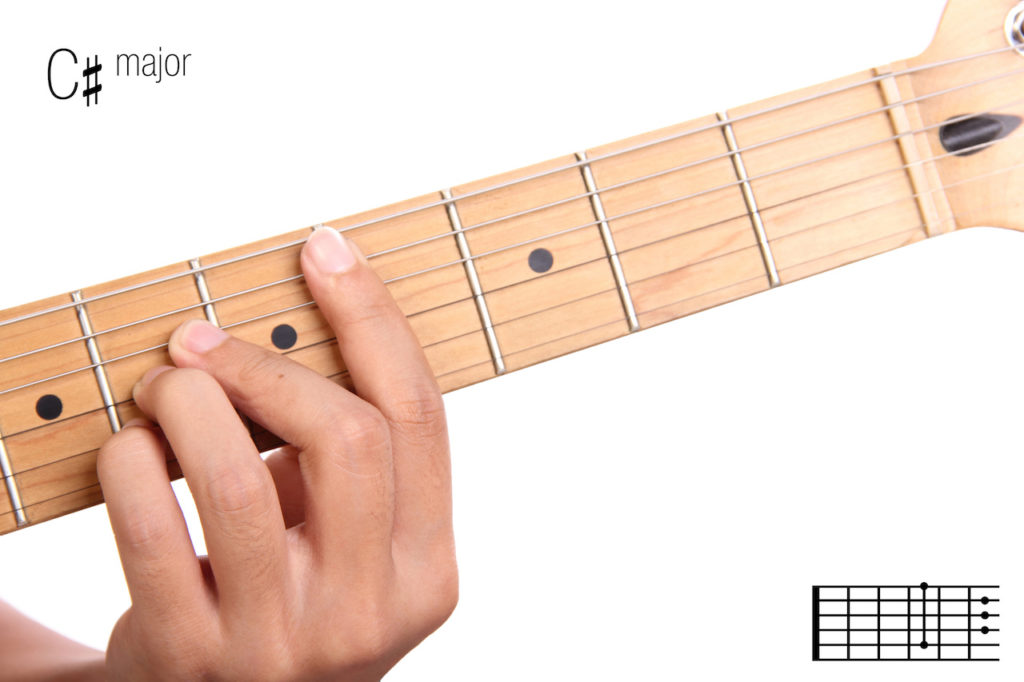 We now bring you another article in our “Chord of the Week” series, where we share a new guitar chord, exploring its history, its relevance, how it’s played on the guitar, its major scale, some common chord progressions, and a few popular songs in its key.

“The compositions and popular songs written in this key show it to have a strong romantic tendency, in a double sense; it was popular during the Romantic Era, and today it’s the key of many of our most adored love songs.”

Today we’re talking about the C Sharp or Db (flat) chord and the key of C sharp or Db major. A quick look at the compositions and popular songs written in this key shows it to have a strong romantic tendency, in a double sense; it was popular during the Romantic Era, and today it’s often found to be the key of our most adored love songs.

The key of C# / Db major wasn’t popular during the Baroque and Classical eras, but romantic composers were all over it; perhaps it was part of the rebellious attitude common to romantic artists, a reaction against the old pianists’ custom of sticking mostly to the white keys. 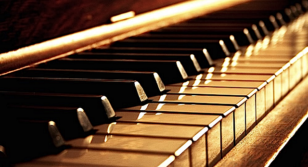 The key of C# / Db major, with five accidentals— flats— is a bit tricky for sightreaders, but on the piano the black keys are still easy to reach. Playing Db on the guitar, on the other hand, isn’t quite so easy— but more on that later.

Curious about major scales and how they work? Read this.

Today we’re going to present you with a new concept in music theory— enharmonic equivalents. This is a term used to describe two keys that sound exactly the same but that have different names and key signatures.

It’s simpler than it looks. You probably already know, for example, that there’s only one note, a half-tone, between C and D and that this note can be called either C# or Db, depending on what key you’re in.

It’s the same for keys: The same key can be called C# or Db, depending on the composer’s choice of notation.

Most composers and songwriters prefer to notate this key as Db as opposed to C# because C# has a whopping seven sharps whereas Db has only five flats.

Most, but not all. Johann Sebastian Bach, Fran Liszt, and Maurice Ravel all composed well-known keyboard pieces in C# major.

In the minor keys it’s the reverse; most composers preferred to write the minor version as C# minor, not Db minor, because C# minor has only four sharps whereas Db minor has eight flats, making it necessary to have one double flat—Bbb, which is actually an A. (Who needs that kind of confusion?)

Claude Debussy perfectly illustrated the tendency to choose fewer accidentals when in “Clair de lune” he switched keys from D flat major to C sharp minor rather than simply switching to D flat minor; the key was the same but the key signature of C sharp minor made the piece much easier to read.

The Db Major Chord Position on the Guitar: It’s Complicated…

Okay, sure, you can just snap on a capo and play a C chord rather than try to stretch and clamp your fingers around this chord shape, but at least try! Of course if bar chords are still a struggle you can play up the neck, creating the Db chord in the form of the basic B chord position at the fourth fret or the basic F chord position at the ninth fret.

And don’t forget— almost any chord can be played with enough practice! Besides, the Uberchord app can shorten the duration of practice needed by letting you know exactly what you can do to improve your sound. Further down the road, when you find yourself having to play progressions of chords that are hard to move back and forth between, you can program in the progressions themselves and get helpful feedback from the app. (See our blog for five great tips on how to learn new chords more easily.)

Theory and Practice: The Pattern of the Db Major Scale Explained

Voilà— the Db major scale, with Db at its root and another Db, an octave higher, at its pinnacle.

(Playing scales on your guitar is a whole lot easier after you memorise your guitar’s fretboard notes. Get started by reading this!)

The Db major chord, which forms the root of the Db major scale, is made up of the notes Db, F, and Ab, the first, third, and fifth notes of the key of Db major. On the guitar, using the basic Db chord position shown in the picture, these notes arrive in this order: Mute, Db, F, Ab, Db, and F.

(If you’d like to get a more secure feel for the theory behind the practice of music making, our blog has a helpful set of music theory articles. Knowing music theory will help you to be a better musician and give you the peace of mind that comes with knowing what it all means).

Chords and Common Chord Progressions in the Key of Db Major

If you were to use every chord in the key of Db major, the following would be the chords you’d use. You aren’t strictly limited to using only the chords in the same key, but it helps to know them, so here they are:

Why are the E flat, F, and B flat chords minor? Because in the major scale the chords at the second, third, and sixth positions of the key are minor.

Why is the C a diminished chord? Because in the key of Db major it sits in the seventh place, and in major keys all seventh place chords are diminished.

For variety and greater expressiveness, in the key of Db major the Ab chord can also be played as an Ab7. Because it sits at the fifth position of the key of Db major, it has the honour of being the chord that announces the ending of the musical phrase. (Run through some of the chord progressions listed below and you’ll hear this.)

Adding the seventh note of the key of Ab (Eb) to the Ab chord, creating an Ab7, makes the Ab chord sound a little more like it’s leading to the root chord (Db) that usually comes next in the chord progression, or, in cases where no chord comes next, giving the musical phrase an unresolved sound.

In addition to your Uberchord lessons, take a little time to play around with the progressions below to become more familiar with how these chords, depending on their order and context, create a sense of beginning, rising, falling, and ending.

Obviously you can’t just start playing all these chords and expect to sound like a pro. The following are a few common chord progressions in this key. Most of the songs you hear are composed of combinations of these chord progressions. As you play them and get used to their sound, you’ll probably recognise them as familiar.

Just A Few Great Songs in the Key of Db Major

In your musical studies you may have remarked that each key— and even each chord— that you play has its own particular character. The key of Db major, for example, seems to have tried to make up for its difficulty of playing by resonating with love and hope— because an unusual number of classic popular love songs have been written in this key!

It can be a tender love song, like Guns N’ Roses’s “Sweet Child o’ Mine.”

It can be a passionate avowal of love like Bryan Adams’s “Everything I Do (I Do it For You).”

U2 – I Still Haven’t Found What I’m Looking For

Get to know the key of Db major; when you’re in the mood for love, it’s a great key to have working for you! 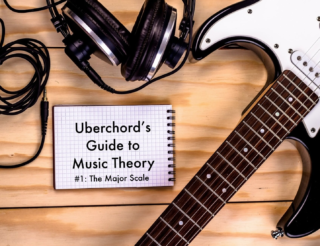 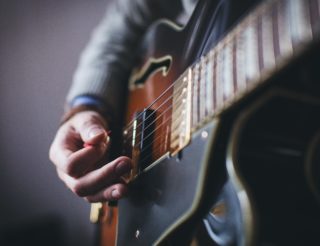