Prince floats around along the ceilings of our collective musical conscience. He is a veritable legend, and his career, while certainly not free of controversy, deserves only the gravest respect. In 2015 he released his thirty-eighth studio album in almost as many years. And although some of his work falls short of being seminal, the sheer and sustained musical output of the man is stupendous.

Despite noteworthy recordings of guitar solos which have burned down the house, Prince’s raw musicianship seems not to have penetrated common knowledge. To the general ignorant public, the name Prince conjures up a package of effeminate album covers and excessive litigations, an otherworldly flamboyant character responsible for some great songs. As a musician and a showman however, he is nothing less than an absolute beast.

It’s probably fair to say the guitar is Prince’s primary instrument. Paradoxically enough however, as a guitarist, he has since become ‘famously underrated’; more recognised for his songwriting talent than his genius guitar work. In this article we try to throw some light on the understated guitar god that is Prince.

Prince is a humble exponent of the central maxim of blues guitar: ‘less is more’. Fully capable of ripping into earth-shattering solos, he instead exercises tasteful restraint – something a lot of guitarists can learn from. In the following impromptu jam, he plays mostly slow and expressive blues licks which gradually climb in intensity. Most performing guitarists in this situation would be tempted to let loose, especially when you have an audience begging to be dazzled. Prince, true to form, keeps it cool.

This makes it all the more special when the man eventually does let rip. Demonstrating impressive dexterity and speed, listen closely to the following video in which Prince plays a solo over the outro to a star-studded rendition of ‘While my Guitar Gently Weeps’.

Even at full-intensity with the onset of fast picking or ‘shred’ licks, the solo never becomes masturbatory. It is composed out of memorable licks which actually say something musically, and aren’t just played to impress.

The wah-pedal was one of the first external effects to be applied to the guitar chain. Its signature ‘wah’ sound is achieved through a surprisingly simple manipulation of frequencies. Rocking the pedal forth sweeps the tone towards the treble end of the spectrum. Easing back on the pedal, alternatively, takes away treble while emphasising bass. Many people, cradled in the knowledge that the effect almost always sounds cool, will rock back and forth recklessly without much thought for voicing. It’s fair to say the majority of guitarists lie in this category, and indeed those who use the pedal sparingly can be forgiven.

Prince however, clearly approached the wah-pedal with the same ethic that led to his mastery of several other instruments. After presumably a staggering amount of practice and patience, Prince’s control of the wah pedal is elite. He uses it as an extension of his voice. Every micro-movement on the pedal is calculated, with the result that his guitar sound takes on a very vocal quality – exactly how the wah should be played.

Check out the studio version of Dreamer, with prominent wah throughout the track.

John Mayer wears his Hendrix influence on his sleeve insofar as having a similar sound and disposition for pretty Stratocaster inversions and fiery pentatonic licks. Prince literally wears the Hendrix influence on gaping, sparkly sleeves and he doesn’t so much as allude to the man as much as he almost directly impersonates him. It’s all very reverent though, as Prince considers himself as the spiritual descendent of Hendrix, which to an extent we all are, really. Check out this live rendition of ‘She’s in my Hair’ for a short wah-pedal masterclass.

Prince, being the pioneering Hendrix-protege that he is, also has an impressive wield over ‘unintentional’ electric guitar effects like feedback, which he incorporates into his musical vocabulary. Check out the following live footage with Cee Lo Green as a short example.

Due respect should be afforded anyone who has worked towards proficiency of their chosen instrument. It takes years if not decades of conscious effort and persistence to get anywhere close to an advanced level. Take this and multiply it by the couple of dozen instruments Prince has mastered and hopefully you get somewhat of a grasp on how vastly talented this man is.

That’s it for now. Considering the amount of music this man has put out, to cover his work comprehensively would entail an amount of research akin to a Masters’ degree. Prince, along with his contemporary and creative rival Michael Jackson, belong to a select group of people who transcend the term ‘artist’ and are simply conduits of music. They never want to stop creating and indeed probably couldn’t stop if they tried. We hope we’ve impressed upon you a handful of the things which make Prince not just one of the most talented musicians to have ever lived, but a monster guitar player who deserves due respect as such. 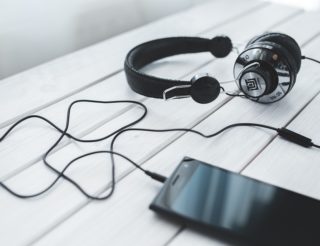 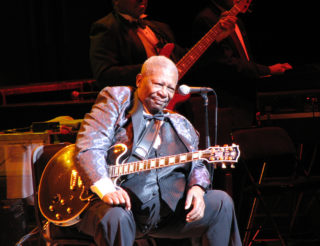 Play Like B.B.King – Lesson on String Bending in Blues 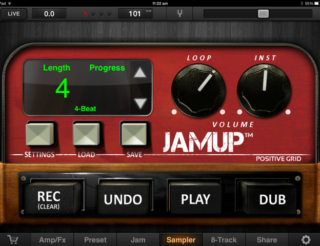