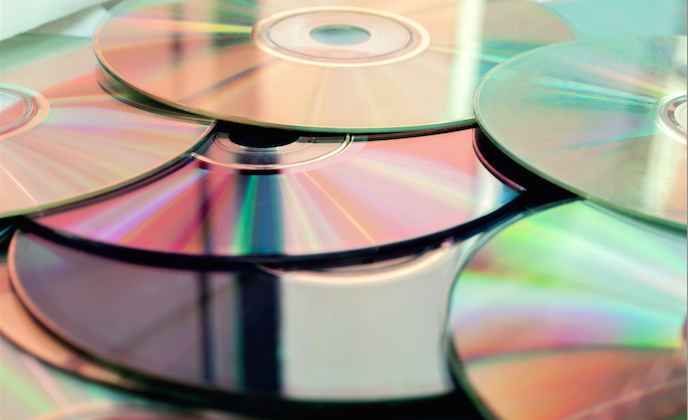 Below you’ll find a translation of the article ‘10 AC/DC Albums you have to hear‘, originally published in German by Arnd Müller over at Gitarre & Bass. Arnd is a super knowledgeable music journalist specializing on Rock, Pop and Blues, and he’s been an active guitar player for decades. If you are interested in reading more content like this, you can visit the Gitarre & Bass website at http://www.gitarrebass.de.

On December 31st 1973, an unknown rock band took to the stage at Chequers Club in Sydney for their first official gig. Since then, that band grew to become one of the biggest rock acts on the planet.

Officially, AC/DC’s discography counts 16 studio albums, 18 including two L.Ps released exclusively in Australia. On top of that there are three live recordings, one E.P and two film soundtracks which should be better considered as compilation albums. If that wasn’t enough, the AC/DC vault seems to have been prised opened and last few years have seen miscellaneous CD and DVD sets come to light, often containing previously unreleased material. It has taken a while for these recordings to be made available for digital download.

Any real AC/DC fan bisects the band’s illustrious career into two distinct chapters. The Old and New Testament, if you will. The period 1975 to 1979 where the legendary Bon Scott fronted the band until his untimely death, and from 1980 until the present day with the eternally ‘new’ Brian Johnson. Those self-declared ‘purists’ who consider the Bon Scott years as the only true AC/DC lineup are wilfully ignoring the three following decades of amazing rock n’ roll.

If we could only pick one album, Back in Black would be the prime contender. Rarely in rock music had a band come along with such a tight sound and punchy guitar riffs. This was the album where Angus and Malcolm Young perfected their interplay and guitar sounds. With his Gretsch Jet Firebird, Malcolm played a relatively clean sound, which was paved over by brother Angus’s fatter and more saturated tone. For amps, AC/DC played through formidable Marshall stacks. The band sounded like a freight train, from the start of the intro to ‘Hells Bells’, ‘Power Rocker’, ‘Shoot to Thrill’ and the classic title track. Ten songs, each more monumental than the last. All killer – no killer! This was the first album without Bon Scott, who died on February 19th 1980. Although rumours of the band breaking up were making the rounds, AC/DC bounced back with ex-Geordie singer Brian Johnson to record this seminal album.

Highway to Hell, the last album to feature frontman Bon Scott, belongs in every rock fan’s record collection. The title song became a bona-fide stadium anthem. The track ‘Touch Too Much’ with its amorous connotations is as genius as it is groovy, and in the incendiary ‘Night Prowler’ the band shows their potency in blues-rock. Robert John ‘Mutt’ Lange turned his hand to the production of the album, after having worked with George Young (the older Young brother) and Harry Vands. He aimed towards making the album more accessible than the band’s previous works. As a result, Highway to Hell reached the top 10 in England and even managed to chart in the U.S.

For those who want to understand the musical development of AC/DC, the album High Voltage (1976) cemented the musical themes of the band. Songs such as ‘T.N.T’ with its infectious riff, the extremely cool ‘Live Wire’ or the bluesier ‘The Jack’ are all counted as classics – AC/DC in their pure and distilled form. In ‘High Voltage’, lead singer Bon Scott taps on perennial themes of rock n’ roll; from breaking out of middle-class monotony, to grimy motels and club stages, all the way through to the height of rock fame. This album captures the band on their way up. Interestingly enough, during the production stage of the album, different mixes of certain songs were pressed.  As a result, there are slight differences between the original European and Australian releases!

The album Powerage was released in 1978 and has since become regarded as the album for true AC/DC fans. Rightfully so, as songs like ‘Sin City‘, ‘Rock N’ Roll Damnation’ and the monstrous ‘Down Payment Blues’ show the four-piece in top form with new bassist Cliff Williams. Bon Scott’s lyrics depict the band as underdogs trying to come out on top. This mentality is expressed in the brute up-tempo ‘Kicked in the Teeth’. On the other end of the emotional spectrum is ‘Gone Shootin‘ featuring a ballsy locomotive groove. Straighter number ‘Up to my Neck in You‘ explored a different side of the band. Malcolm Young regards Powerage as the most underrated album from AC/DC. This is reflected in its commercial success, with the album overshadowed by the band’s more popular releases.

The distinctive and inimitable guitar intro to ‘Thunderstruck‘ immediately clutches your attention, as does the background chant of ‘Thun-der!’. This album pushed AC/DC back into focus and features plenty of musical highlights. ‘Money Talks‘ demonstrates the more mainstream side of the band. ‘A Mistress For Christmas’ offers good humoured and upbeat rock n’ roll. Last but not least, the stirring ‘Rock Your Heart Out’ is AC/DC playing to their strengths. Collaborating with producer Bruce Faibairn had bore fruits. AC/DC had been harshly criticised for their albums in the mid-80’s but were now back in the race.

Now we come to the category of underrated masterpieces. Fans of AC/DC had five long years to wait for a new album. The cool opener ‘Hard as Rock’ became a hit, and the mid-tempo rocker ‘The Furor’ and ‘Burnin’ Alive’ count as some of the best songs the band produced in the 1990s. Finally, the bluesy ‘Boogie Man’ clips seamlessly onto the end of the classic ‘The Jack’. The title track also features arguably the best drum performance of all time. After a short intro all instruments cut out, and in the break Malcolm comes with an ultra-precise riff in the style of ‘Let There Be Rock’. The bass duly falls in, and a beat later Phil Rudd begins on the ‘1’ with his 4/4 beat – you have to hear it! Rudd was the secret weapon of the entire album. AC/DC’s former drummer Chris Slade was a beast, but noticeably pushed the rhythm. With Phil Rudd, the band ‘sits’ more, and feels and grooves very much like it did in the old days.

DIRTY DEEDS DONE DIRT CHEAP (1976) is an absolute must-buy. With songs like the punky title track or the uptempo ‘Problem Child’, AC/DC restate their underdog image. In numbers like ‘Love at First Feel’ and ‘Big Balls’, Bon Scott teases playfully with double-entendres. ‘Rocker’ is a speed homage to the giants of old like Chuck Berry and Jerry Lee Lewis. These belong unassailably to the biggest and biggest songs of the band’s entire catalogue, although are topped by the quietest moment on the whole album. In the slow-burning blues number ‘Ride On’, Bon Scott tells of a lonely and broken man fighting adversity from all angles. He draws out all the cliches in the book, although the ironic undertones in his voice lend the song a certain goosebump-inducing quality! The same can be said about the guitar solo, where Angus Young explores a more tender way to play.

8. Let There Be Rock

Let There Be Rock, released in 1977 is the hardest AC/DC album to date, which out-thrashed even the new English punk bands of the time. In the monumental title track and ‘Whote Lotta Rosie’, Angus Young lets rip perhaps his most virtuosic performance to date. Equally searing are songs like ‘Hell Ain’t A Bad Place To Be’ or ‘Overdose‘ . The entire mix is so hot that it almost sounds on the verge of clipping. These eight songs consolidated AC/DC’s place as one of the most significant bands in rock n’ roll.

9. If You Want Blood

This live album from the 1978 World Tour conveys a wicked sense of atmosphere. Songs like ‘High Voltage’ or ‘Bad Boy Boogie’ rock harder than their studio versions. Bon Scott screams bloody murder into the microphone while Angus’s guitar sounds ever rawer live. His solo at the end of ‘Let There Be Rock’, after the rest of the band has stopped playing has taken on legendary status. Before the start to ‘Whole Lotta Rosie, the entire crowd chants ‘Angus’ – a concert ritual which has remained to this very day. This is the album to experience AC/DC at their very peak. If You Want Blood ranks among the greatest live releases of the 70’s.

After a five year pause, AC/DC returned in 2000 with a new album. With the recording of Stiff Upper Lip, George Young returned to the seat behind the mixing board. He aimed for a fat, classic rock sound. Alone the penetrating first lick of the title track sends the head nodding, and when Brian Johnson comes in with his bluesy vocals the song really takes off. The shuffle-groove in ‘Meltdown‘ or ‘Hold Me Back’ are also stellar examples of Angus’s fingerpicking. ‘Safe in New York City’ slams down on the accelerator and ‘Can’t Stop Rock N’ Roll’ is a declaration of the tenacity of rock music. The dry riff and soaring chorus of ‘Give It Up’ touches upon the spirit of the album ‘Highway to Hell’. Stiff Upper Lip has a certain quality which needs to be experienced.

That’s all folks. Those curious about live recording and studio rarities would do well to check out the following releases: Bonfire (4 CD Set, 2003), Backtracks (2 CD/DVD Set, 2009). The E.P ’74 Jailbreak’ (1984) contains songs from earlier sessions, including the scorcher ‘Jailbreak‘ and a hyper sped-up version of the blues classic ‘Baby Please Don’t Go’.