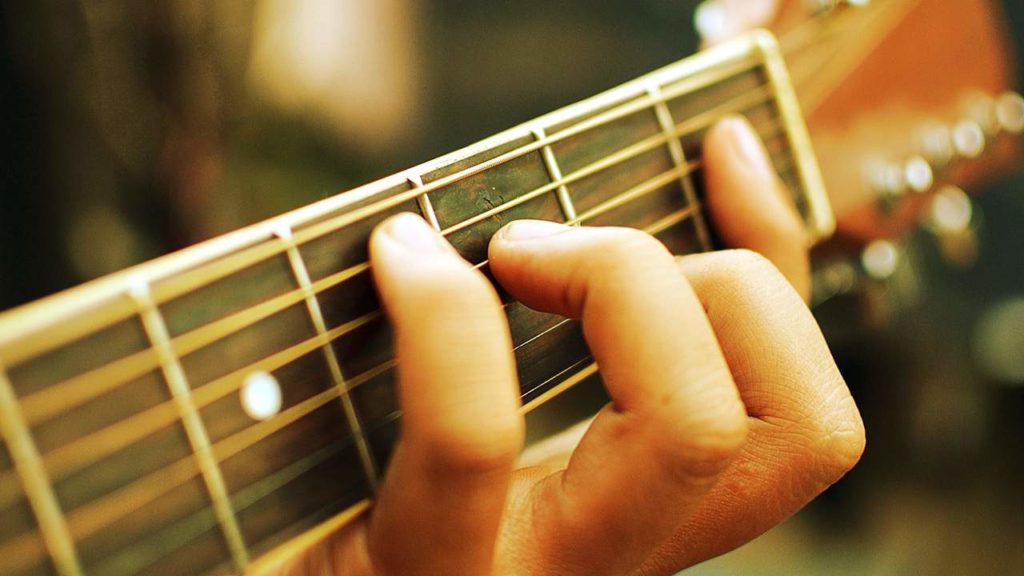 There were many occasions in my childhood I remember crying my eyes out, profusely and often for little reason. In one case, my prized possession, a sad-looking Encore guitar, had gone suddenly and irrevocably out of tune. Of course some proper guitar tuning would have done the trick, but my parents had overlooked the importance of buying a tuner, and in the prehistoric years of the early 2000s, we could do nought but wait until the next morning before physically going to a guitar shop and getting the instrument retuned by a shop assistant.

Now in the heady digital age of 2015, all aspects of our lives are catered for and assisted by apps. Guitar tuning is no different. Broadly speaking, guitar tuning apps fall into one of two camps. There are dedicated tuner apps, which at the demand of the user can cheerfully go into extremely precise detail regarding sonic frequencies, and can even offer different concert pitch standards. The second category covers tuning features found embedded into didactic guitar apps such as Uberchord. These are arguably better suited for beginners as they cut out unnecessary functionality and serve as part of a wider virtual guitar ‘toolkit’. As such, they centralise the ‘guitar learning experience’ to a single medium, meaning that an app like Uberchord can serve as your guitar teacher, chord encyclopaedia and guitar tuner in one.

This post is directed mainly at beginner guitarists who may be aware but not fully grasp the importance of being in tune. It is absolutely critical to both the sound of your guitar, and your resolve to practice.

The early stages of learning guitar are a precarious time. At the time when motivation is needed the most, the sonic reward reaped from the instrument itself is often pretty awful, and you have to push through months if not years of dedicated practice before you start to sound tolerable. To compound this, your guitar will regularly slip out of tune, making even correctly fingered chords and notes sound ‘off’.

Is there anything wrong with playing out of tune?

Well, no. Not really. Guitar is music, music is art, and art is by its nature subjective. You’re free to run wild, but playing an out-of-tune guitar is generally considered to be distasteful, and your creative integrity would be called into question.

In the interest of balance, it’s fair to mention the handful of extremely isolated exceptions. During the 1950’s where studio recording was a new and costly process, artists were often demanded by their record label to save as much money as possible. This meant that only a few takes were recorded, of which the best and selected take was normally judged on the vocal performance, not guitar. As guitars and guitar hardware were not as sturdy as they are today, it was often the case that the guitarist would slide out of tune somewhere between the first and second take. This layer of slightly out-of-tune guitar gives older recordings a somewhat dissonant but ‘retro’ quality. This was an accident even back then, and not something we would advise to intentionally recreate.

To make one thing clear; there is a marked difference between tuning a guitar to a tuner, and tuning a guitar to itself. A tuner is effectively a device containing reference points to the universally accepted pitches of the chromatic scale. Interestingly enough, there are minute frequential differences between tuners — one brand may be ever so slightly different to another. This generally becomes an issue only on much larger scales of operations, such as synchronising an entire orchestra, or within a super high-end recording studio.

Tuning a guitar to itself

The simplest method to tune a guitar to itself is by recognising the intervals that constitute standard tuning. A guitar is tuned in fourths, except for the G and B strings, which are a major third apart.

Going from lowest to highest, that is the thickest string to the thinnest, fretting the fifth fret of the first string produces the correct pitch for the second string, which we can then tune accordingly. Likewise, pressing down the fifth fret of the second string produces the right pitch for the third string, and so on. There is one important exception: once at the fourth string, we generate the correct pitch of the fifth string by fretting the fourth fret, instead of the fifth.

With a little coordination, you can also do this in ‘reverse’. Simply pluck an open string with the thumb of your picking hand while simultaneously fretting the fifth (or fourth for the G-string) note of the string above with the forefinger of the same hand. By immediately plucking the fretted note afterwards, you can then tune to the note of the ringing open string with your unoccupied fretting hand.

Over time, you will gradually sharpen the ability to tune by ear. This develops over years through slow subconscious reinforcement of the correct pitches of each string in relation to one another. Regardless, while okay for solo practice, self-tuning does not suffice for any kind of live or recording scenario. Always use a tuner before playing with other musicians. You don’t want to be that guy whose guitar is in tune with itself but slightly out compared to the rest of the band. It sounds very, very bad. 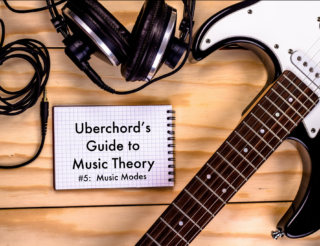