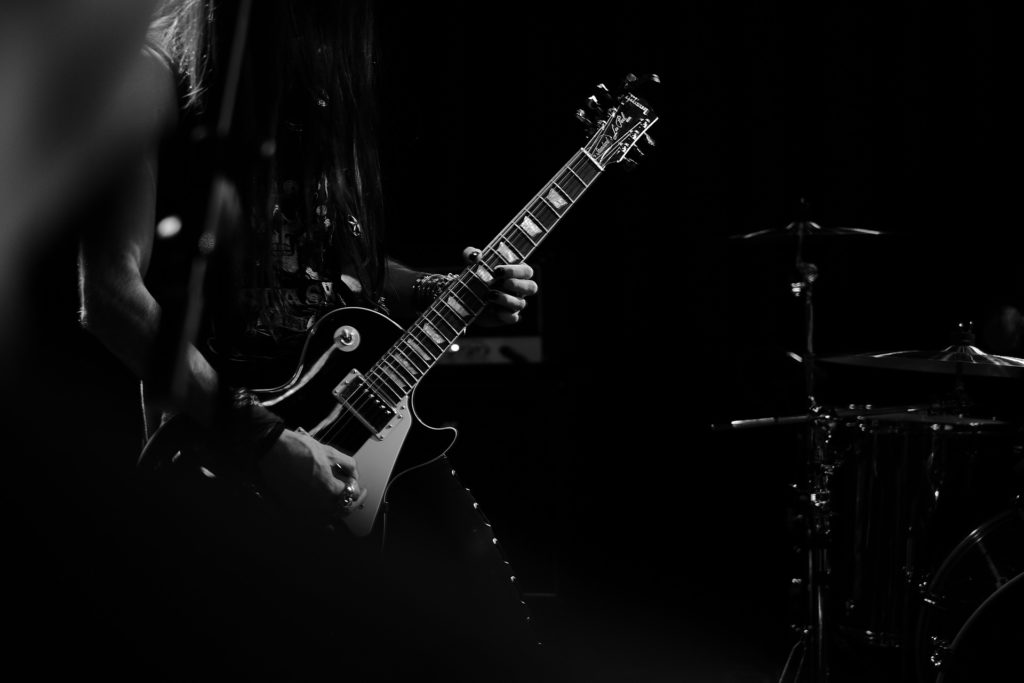 Before we begin with explaining how you can have fun improvising with guitar arpeggios, it is advised that you understand what arpeggios really are. Here is a beginner’s guide to understanding arpeggios, how to use them and more essentially which ones to learn in the beginning.

Learning to improvise over chord changes is a rewarding, yet long and arduous journey. There are many different schools of thought on the matter and often times it’s hard to find a constructive way to practice and get better. Beginner guitar players are often told to learn a slew of scales but find it difficult to apply them to music in a clear and constructive way. Though I find scales to be a powerful tool in the language of music, an even more powerful tool is the arpeggio.

Learn to play guitar on your mobile. Download the Free Uberchord App.

What is an Arpeggio?

The power of the arpeggio is that it outlines the chord and gives shape and direction to the notes being played.

The difficulty of using scales to improvise is that without a strong knowledge of chord movement and voice-leading, the melodies lack structure and direction. Beginner players are often told to play a pentatonic scale over blues, dorian over a min7 chord, mixolydian over a dominant chord and so on. Unfortunately, this leads to the proper notes being played, but without any real reference to the chords they’re being played over. When the chords are being played in the background this may sound ok, but as soon as there are no chords for context the playing can sometimes sound like a jumble of incoherent notes and scales. The power of the arpeggio is that it outlines the chord and gives shape and direction to the notes being played.

Try playing through the following example:

The above example outlines a IV-V-I progression in the key of G. Although this is quite simple, it clearly outlines the chords and you can hear the progression without actually playing the chords themselves.

This isn’t to say that you shouldn’t use scales. But learning to see that scales can be used to connect the chord tones (the notes that make up a chord. for example C-E-G are the chord tones of a C major chord) of a given chord helps to understand where the shape and context of melodies are ultimately formed.

Take this short snippet of Mary Had a Little Lamb for example:

This is another simple example, but notice how on the 1st and 3rd beat of each measure a chord tone is being played. The melody starts on E which is the 3rd of a C major chord and then walks down to the root C. In the 3rd bar, the note D is played 3 times. D is the 5th in a G major chord and hence serves to outline the G chord of the measure.

Beginning to think like this will help guide your melodies and outline the chords you’re playing over. The next step is learning how to practice these arpeggios. The first way is to simply arpeggiate through the scales shapes you already know. Using the second shape in the CAGED  method, you can arpeggiate the scale of C major like so:

This outlines every chord in the key of C major. C major, D minor, E minor, F major, G major, A minor,  and B diminished. After playing this exercise ascending, do the same thing descending. Then apply it to all of the CAGED shapes. Practicing this for a while will begin to reveal the chord shapes and patterns inherent in the guitar. After you’ve become comfortable with this, you can apply the same idea with 7th chords. As an extension of the previous exercise with would be played like this:

Do the same here as instructed with the previous exercise. Play the exercise descending and then ascending and descending through all the shapes of CAGED.

With some time and gained fluidity you can start to connect these arpeggios to outline the chord changes you’re playing over. In the context of a ii-V-I in the key of C major, you can play a Dmin7 arpeggio, a G7 arpeggio, and Cmaj7 arpeggio. Combining these in different ways can create some really nice melodies that have context even without the chords being payed behind them.

Try applying these concepts to your favorite songs and see if you can hear the chords through your melodies. Later you can try playing scales over these chord changes, but try landing on chord tones on the down beats. You’ll soon start to hear how your favorite musicians are able navigate beautifully through the chords they play over. Happy playing!

Arpeggios are a really cool concept you can use in lead guitar, rhythm guitar, and songwriting. All it takes to start using these arpeggios in more ways is to continue browsing our site. Some topics that’ll help you get started include james blake retrograde chords, how to properly hold down guitar strings, and easy solos to learn on electric guitar. 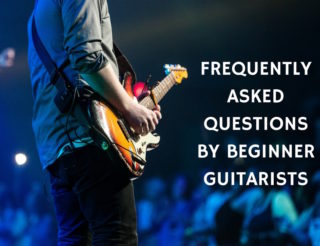