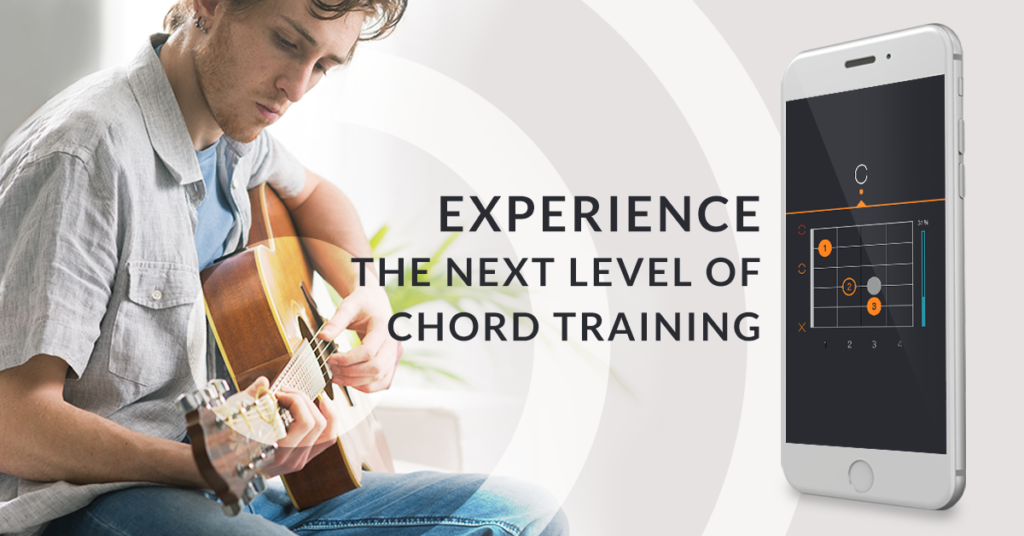 Here at Uberchord we’re all guitar players and we know well the ups and downs learning how to play. Especially when you hit those “brick walls” of a difficult chord that your fingers refuse to play or a song that won’t sound right. It’s why we’ve put a lot of thought into making our Uberchord app fun and easy to use, trying to reduce those down times to a minimum while you get over the obstacles and always enjoy learning guitar.

With a large GUI that can be seen on any iOS device Uberchord will show you the right way to play chords with the correct finger positions. Using the inbuilt microphone of your iPhone or iPad, Uberchord “listens” to your playing and gives you instant feedback on your progress. The app includes real-time exercises that let you rehearse at your own pace and keeps a record of the chords and patterns you’ve practised. Uberchord is your personalised guitar tutor ready with the next lesson anytime you want without the stress.

Uberchord is designed with smart phones in mind — although it works just as well on an iPad. The GUI is very clear even on smaller screens. Still, if you have problems seeing any of the interface at all then tapping on the illustrations zooms in for better look. You won’t be squinting at tiny pictures and trying to figure them out.

Sure, at the very beginning levels Uberchord will show you just the basic chords and how to play them. The exercises prompt you to learn the alternate chords in each lesson, switching to and fro to get your fingers used to moving around the fret board. But it’s not long before you’re playing actual tunes. There are a million songs based around these fundamental chord progressions and Uberchord quickly introduces you to exercises that echo familiar tunes you hear on the radio every day. Sooner than you think, you’ll be unlocking your inner Jimi Hendrix and the Eagles to name just a few. That’s what you want to do, right? Be playing real songs as soon as you can? Uberchord will show you how.

3. You can build your own chord exercises.

Every guitar player discovers their own problem chords — the ones your fingers just don’t want to play. The only remedy is to practise these troublesome chords until they become as easy and natural as the simpler ones — and that will happen with regular rehearsing. Uberchord allows you to create unique exercises that can focus on the chords that are driving you nuts (but you know there’s only that one solution). Advanced players can use this function to program in chord progressions that need extra practise. It’s not just beginners who can get their fingers tangled up.

This works brilliantly in two ways. First, perhaps a music chart or another band member (it’ll be the pesky piano player) wants you to play a certain slightly obscure chord? All you have to do is enter that chord into Uberchord and the app will display all the possible Root Positions you can play plus the potential inversions, too. If the chord can be played on a guitar, Uberchord will show you how to do it. The second Chord Finder functions works in reverse. You might play a nice-sounding chord without actually knowing what it is (we’ve all been doing that for years). Uberchord will listen to your chord and identify it, displaying the name on the screen. That’s pretty clever, right?

5. The new alternate tunings in Uberchord opens up a whole world of cool sounds.

Alternate tunings can make your guitar sound beautiful and rich with open strings creating most of the tones. However, it means all those standard chord shapes get thrown out the window — with your strings tuned differently they don’t apply anymore. So what chords are you playing? The Chord Finder still works! Anything you play can be recognised by the app and displayed. Alternatively, learning how to play familiar tunes in that alternate tuning (giving the song an awesome new sound) is done by simply entering the chord into the Chord Finder and Uberchord will show you the correct fingering with that tuning. The free version of Uberchord includes Open D tuning. In-app purchases can add more options from a large list of other popular alternate tunings.

As you can see Uberchord offers great functions for both beginners learning their first chords and experienced players looking for solutions when the charts — or the songs — get challenging. 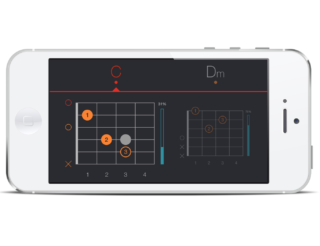 Learn Guitar Chords with Uberchord, Live On the App Store! 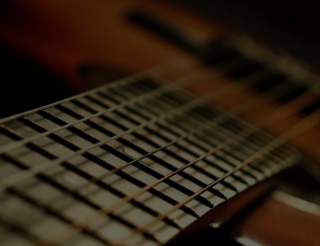 We are Developing a New Guitar App! 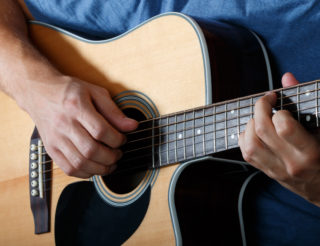