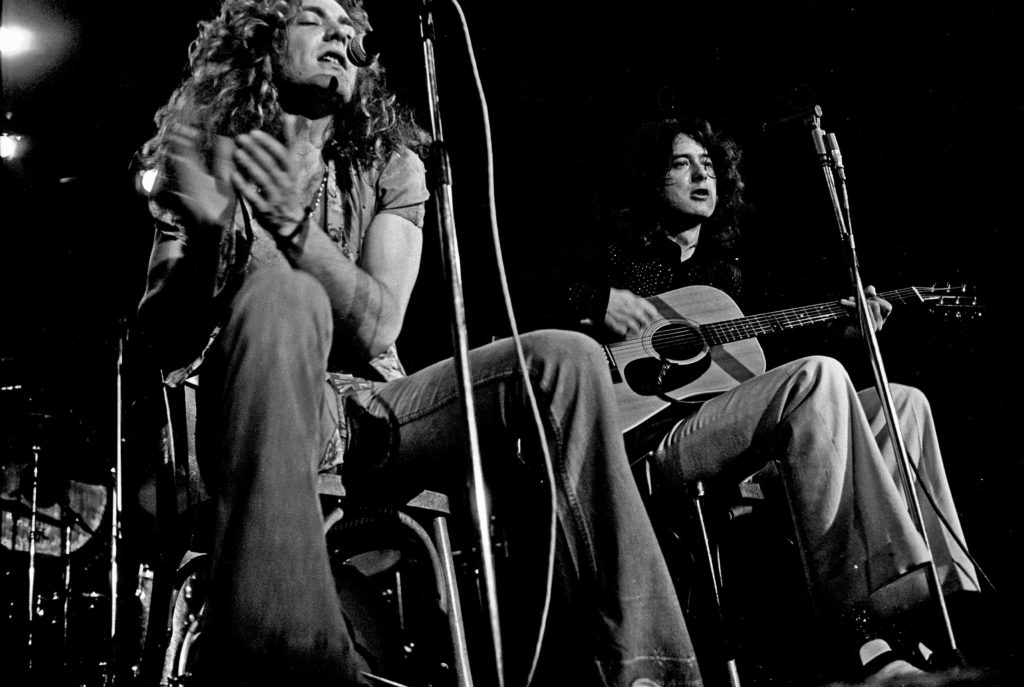 Jimmy Page defined the portrait of the modern rock star. He cut a shattering figure on stage; lean, sexy and shrouded in a mane of curly hair. Page was the avatar of coolness and his image and playing style were to influence a line of descendants from Joe Perry to Slash. Unlike other guitarists of the classic era, he has also aged with sophistication, resting on the throne of rock legend and adopting now a more tempered rock aesthetic. And by that I mean he’s not dressing up in a schoolboy’s uniform and duck walking rabidly across a stage like this other band I know.

In a time of smartphones and hopelessly divergent music trends, it’s almost other-worldly to imagine England during the late 60’s, from which a unified movement in rock music was sweeping the airwaves. A legendary times in music history, bands like Led Zeppelin and The Rolling Stones were forming the connective tissue between the murky traditional blues tradition and a new, rapidly emerging and British-led rock revolution.

As a guitarist, Page’s blues influence seeped out of his dragon pants. He fathered a sleazy style of playing which would become a template for countless Gibson-wielding guitarists after him. With this came a whole bunch of licks which by now should form part of every guitarist’s core vocabulary. Licks that have since been passed down the generations where they have branched off and been incorporated into different styles. We’ll go through some of them today.

A word of warning. Don’t nail yourself to Page’s solo style. Even for the hazy 1970’s he was often pretty sloppy, or ‘elastic’, depending on your point of view. Times have changed and many would consider his solo playing primitive and unsophisticated by today’s standards. It didn’t matter because he was a creative frickin’ genius and the most iconic guitarist of his time, playing in the biggest band in the world for which he was also the chief songwriter. Discover, absorb and move forward with your own journey.

A primarily pentatonic player, Page would take fragments of traditional blues licks, beef them up with a rock sound and loop them! This is a classic Page riff found in the solo from forgotten B-side ‘Stairway to Heaven’. It’s been slowed down a touch.

Another example is this hum-dinger, which sounds familiar as a stock blues lick. It takes on another character when you speed it up and repeat it.

Slash would later take this idea and run with it, often extending it over entire solo sections.

There’s something about moving to the 3rd pentatonic box in a straight rock or blues song which presses upon a certain emotion. Compared to the familiar sounds and note layout of the 1st box, this box seems to slice diagonally through the mix, and Jimmy Page made extensive use of this. Note the overbend. I get a little excited when I think of overbends because they convey a burst of irrepressible excitement. Page deployed them to emotive effect. 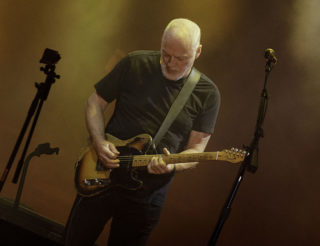 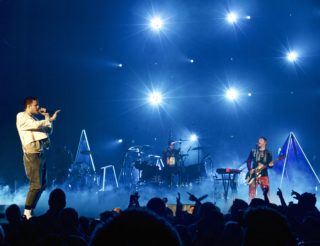 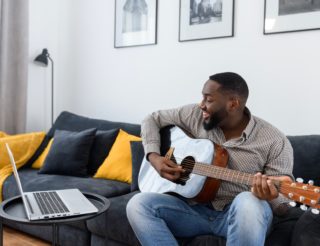 As an actual Rockplayer, with his roots f. e. in the style of Jimmy Page, I wish a lesson about Doug Aldrichs Bending-Technique, especially what he did in the Solo-Section of Whitesnakes Song Forevermore. Sounds to me like Multibending licks …