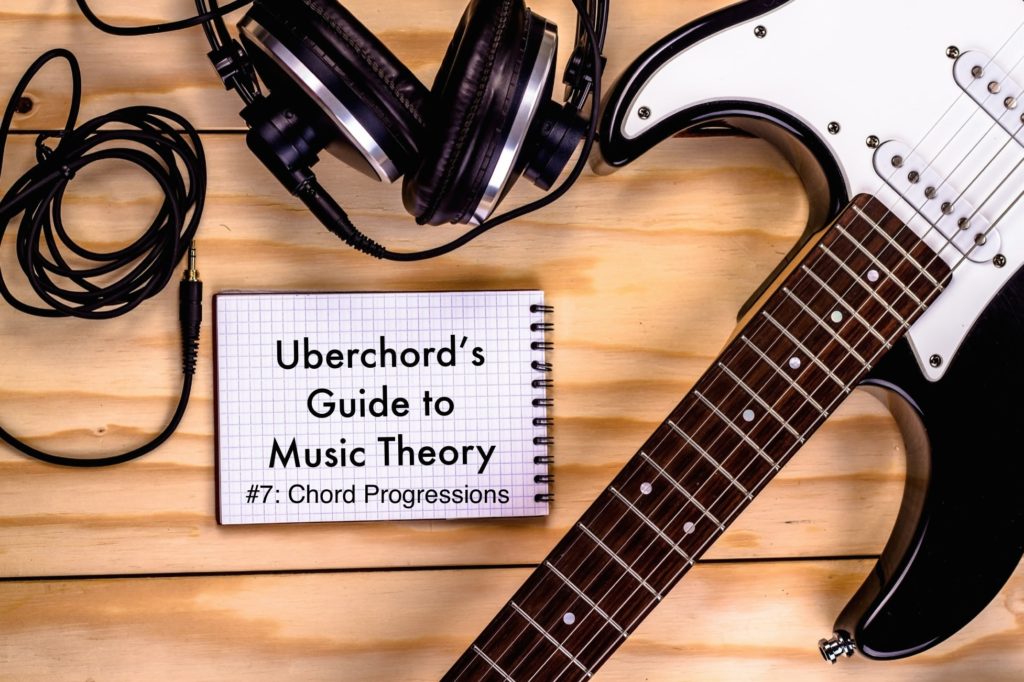 And we’re finally here: Chord Progressions. Some of the issues we want to address in this post are the following:

A chord progression is a set of chords following each other in a specific order. There are certain patterns as well as certain pairs of chords that do not sound especially good together. Regardless, there exist thousands of ways to combine a limited number of chords.

First, we will look at parallel chords. Their roots are always a third apart and they have two chord components in common.

For example, C and Amin:

The chord of C contains the notes C, E and G.

The chord of Amin contains A, C, and E, so C and E are the common, ‘shared’ notes.

To create or find parallel chords you move the chord structure up or down a third only using the notes of the key you are in. You will find that:

The point of this is rather simple. As parallel chords have so much harmonically in common, they will sound well together, and as a result are used frequently in chord progressions.

A different approach; to think of chords of a progression in terms of their specific functions. The main functions are called Tonic, Dominant and Subdominant.

Important tip: always find the shortest way for each voice to move from one chord to another!

To better explain, it is best to look at the voices of chord progressions and examine how they move when a chord changes.

As always, it is not so easy to display this on guitar due to the tuning of the open strings. We will first show this in treble clef notation and later on give a few examples on the guitar.

In the key of C, the note C is the Tonic. The Subdominant is always the 4th degree, so in the key of C it is F. Let us have a closer look at the progression C – F – C:

First let’s assess the notes of both chords:

Both chords have one note in common, the C. If we move from the C triad to F triad, the C note remains constant. If we were then to pick the next note of the C chord, which is E, we must look for a way to move to the F chord in the ‘closest’ way. The note E will move up a half tone to the F. The remaining note of C is G. When moving to F, the G will go up a whole tone to A. This is the most economic way for the voices to move from one chord to another.

Looking at the voice leading of any chord progression will explain why they either work or do not work well. In this specific example it is important to see that the common note is actually the tonic root, which is why the change to F sounds stable. Harmonically then, two things happen:

To see how the voices move:

The top E stays, the B moves up from the open string to the 2nd fret, the G# moves up one fret on the G string. For the bass notes we can use the open E and A string. We recommend using picking here.

Now we look at the progression C, G, C.

G is the Dominant, or 5th degree.

This chord change creates even more tension, because the tonic root C disappears in G. Still there is a common note (G) which makes the change stable.

To show this on guitar we use the same chords and fingerings as before. We now consider A as our key.

You can combine the Tonic, Subdominant and Dominant chords (degrees I, IV and V; 1st, 4th and 5th degree) in any order you like. They will always make harmonic sense and have been staples of western musical vocabulary for many centuries.

If you now consider the functions (Tonic, Subdominant, Dominant) as well as the parallel chords to each of the functions, you will end up with seven different chords:

These chords represent exactly the degrees of C major. But instead of just listing them going up or down the scale, we now can see how they refer to each other in terms of parallel and harmonic functions. When creating chord progression, the tonic and subdominant functions can very well be represented by their parallel chords. Two examples:

With the dominant chord G7, things work a little differently. It isn’t as easily replaced by its parallel chords.

The Dominant function as 7th chord

Let us have another look at the G chord, the 5th degree in the key of C. We can make it a 7th chord by adding another chord tone to the G triad (G, B and D). We have to use the next third up from D in the key of C major, which is F. The resulting chord symbol is G7.

When moving from C to G7 and back we have a little problem with voice leading. This is because G7 has four different notes whereas the C triad has only three. To make this as fluid as possible, let us cheat and omit the D in G7, using only the G, B and F:

The voices move as follows:

The dominant chord creates even more tension and goes back to C in a very pleasant way with two voices moving chromatically in countermovement. This resolves into the two most important notes of C major, which are the C itself and the major third – E.

Another advantage of this 7th chord is that we now have a common note with the subdominant chord F; the note F itself. So shifting from F to G7 is not simply moving up with all voices, and is given a little more stability by this common tone. Also, the G7 carries strong tension in itself because the interval between B and F is a tritone. Tritones are some of the hardest sounding intervals (not familiar with this? Then check our post on Intervals).

This progression is one of the few well depicted on guitar, using A and E7.

Again the top E stays, the C# moves up to D (one fret) on the B string while the A moves down one fret to G# on the G string. This works just as well in C.

Here you find a few exercises from the UBERCHORD app that use the chords we have discussed. Note that not all of them are in the key of C.

We will look at the main functions in minor keys for our upcoming posts. Please stay tuned to find out about some other very interesting ways of creating beautiful chord progressions by expanding your harmonic vocabulary and replacing certain chords! 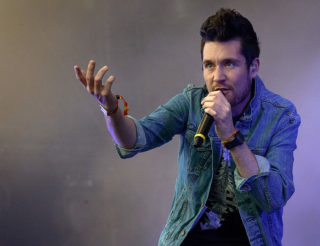 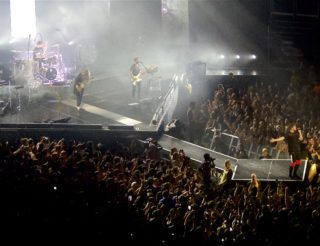 Hello, I liked your post…I’m trying to explore several or tons of different ways of playing chord progressions in A minor by adjusting one, some, or all of the chords in a chord progression using the triads, seventh four note chords, and the inversions for both those chords (1st and 2nd for both triad and seventh chords, 3rd inversion for the seventh chords)…so I wanted to try all the different combinations or ways one could do this… (I know this would mean hundreds of possibilities but there’s a copy and paste for musescore, so it’s doable if you’re a geek like me)…
Anyway, my main question was, in terms of the notes in a chord progression and pitches of notes, how far apart can the chords be…like the max amount of distance that can between the highest note of the first chord in a progression and the lowest note of the last chord in a progression for progessions going up in pitch, or the max amount of distance between the lowest note of the first chord and the highest note of the last chord in a chord progression going down in pitch for the chords in a progression to still sound good?
I’m exploring different ways of the minor chord progressions (i-iv-VII), (i-iv-i), (i-VI–VII), and (i- iv-v) and listed all the root triad chords, first and second inverted triad chords, seventh chords, and three inversions of the seventh chords for each of the degrees with some of the chords actually done in 2 different octaves since one can go up or down in pitch, so I wanted to make sure I covered both ways to go up or down, but that means several of the combinations sound like they skip all over the place skipping over an octave for some of the many combinations I’ve done…so I’m trying to weed them out and was wondering if there was an easy way to do so by figuring out a pattern or relationship between the notes of chords in a progression. thanks. : )

Leave a Reply to Helene Cancel