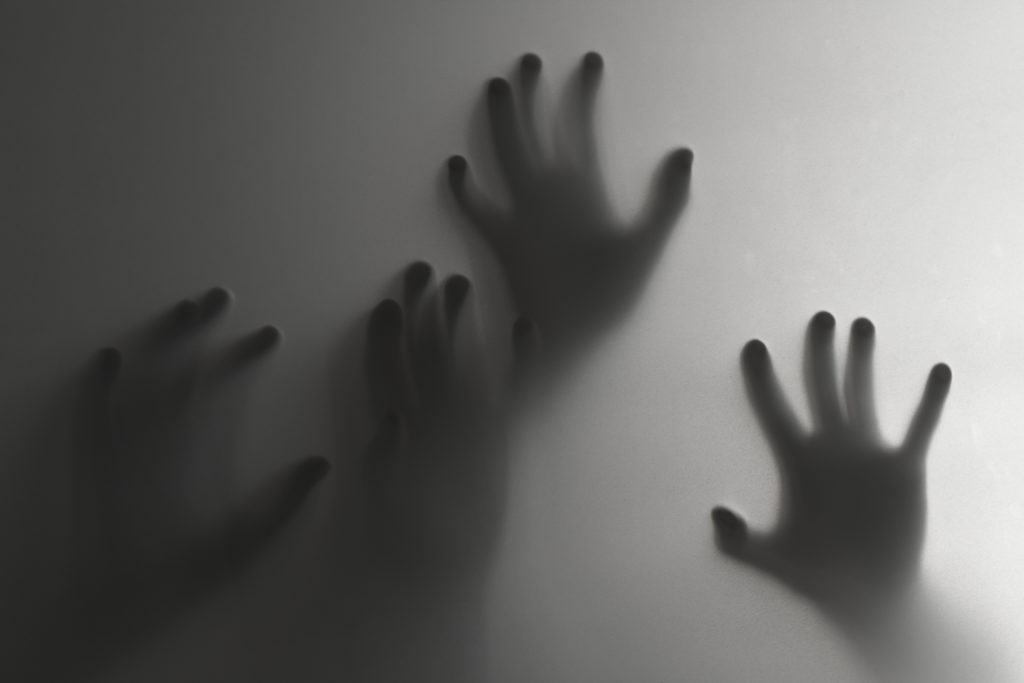 Usage of the tritone today comes with a certain stigma, one that can be described as ballsy, rebellious or downright creepy. The tritone can be found almost everywhere in music, but where so prominently that we can pick it out? This comprehensive list will have you listening to spine-tingling tritones to your heart’s content!

Yeah, we found so many examples that we categorized them for you.

[Click an icon to jump ahead to a particular section]

Listen for the ascending tritone in “The Simpsons” at 0:06 and also in the pizzicato violin motif. The tritone is more clearly heard at 0:15 in the bass line, which is then later repeated by the trombones at 0:42 and so on…It’s all over the place!

The main riff that repeats throughout the song (E, B flat, B) starts with an ascending tritone from E to B flat, later resolving into B.

Another song with E and B flat in the melody. Listen in at 1:00 and you will notice that the fourth chord in the sequence is an E and B flat tritone.

Heavy Metal is exactly where you’d expect to find “the devil’s interval” – music intended to put you on edge.

The tritone first appears at 0:33 and remains the main interval of the repeating riff from E flat to A.

Black Sabbath is infamous for its use of the tritone and as such we had to include more than one song examples from them in our collection. In this particular song, the guitar riff almost all the way through is made up from root, octave, flatted fifth.

8. “Symptom Of The Universe” Black Sabbath

The main guitar riff that you hear throughout the song is a tritone from the notes E to B flat.

The main riff jumps from the octave (E) down to the flatted fifth (B flat).

Skip ahead to 3:55 – 4:55 – for a whole minute there is a repeating set of chords where you can audibly hear the notes jump from D sharp, C and down to F sharp – and there you have a descending tritone from C to F sharp.

For the first 40 seconds you will hear the guitar play an F sharp on the second fret low E string and a C on the third fret A string.

You can hear at 1:35 – 1:52 the electric guitar riff that drops down to an awkward low note. “Red” features another descending tritone and you can hear the B flat drop down to the E.

The electric guitar prominently plays E and B flat throughout the melody (starting at 0:17).

Starting at 0:29, the guitar and voice melody plays descending tritones one after another (G to C# and then D to G#).

The use of tritones in “Purple Haze” could very well represent a bad acid trip considering LSD’s popularity during the time. The first notes with bass and electric guitar are tritones shifting in octaves.

The main guitar riff in this song goes from A to E to E flat and back down to A again (listen to it starting at 0:33).

The reoccurring guitar riff in this song (starting at 1:17) has a prominent E and B flat.

The song begins with the note D being played twelve times on a harp to let us know that it’s midnight, After the soft string section chords, we hear eerie E flat and A chords. This is followed by the solo violin playing a tritone consisting of A and E-flat (0:24-0:32). The violin solo repeats again at 4:45 – 4:50.

It doesn’t seem like you can have a write-up on the tritone without mentioning “Maria” or “The Simpsons”.

Get ready to hear the exact same pick up as in The Simpsons’ theme song. It is one of the main motifs and the first thing that happens after the intro, at 0:41  and again at 0:53. Listen for the ascending tritone when you hear, “Maria… Maria… I first met a girl called Maria”. In West Side Story, the tritone is used to emphasize conflict in Tony and Maria’s romance.

At 0:11 the melody beings with a descending tritone (D to G sharp) and you will hear it repeated throughout the song at 0:36 and after the solos.

Skip to ahead to 0:38 where the melody changes to what sounds like a circus. The repeating bass line in the background is playing a tritone with C sharp and G.

This song features the G7 chord all over the place. On your guitar, play the open G and B strings, then F on the first fret of the high E string.

If you found this post interesting you should also read our Music Theory Series Made Easy that starts out with the Major Scale, Intervals and Chords. Our free blog has lots of articles covering topics like the sound of flying v guitar, songs with b minor to g chord progressions, and guitar with app to teach kids. Use the search function on our site to see what you may find! 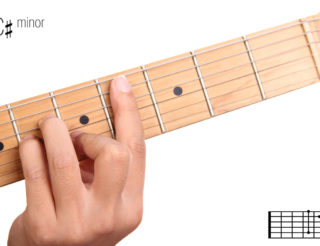 The Tritone: Everything You Need to Know