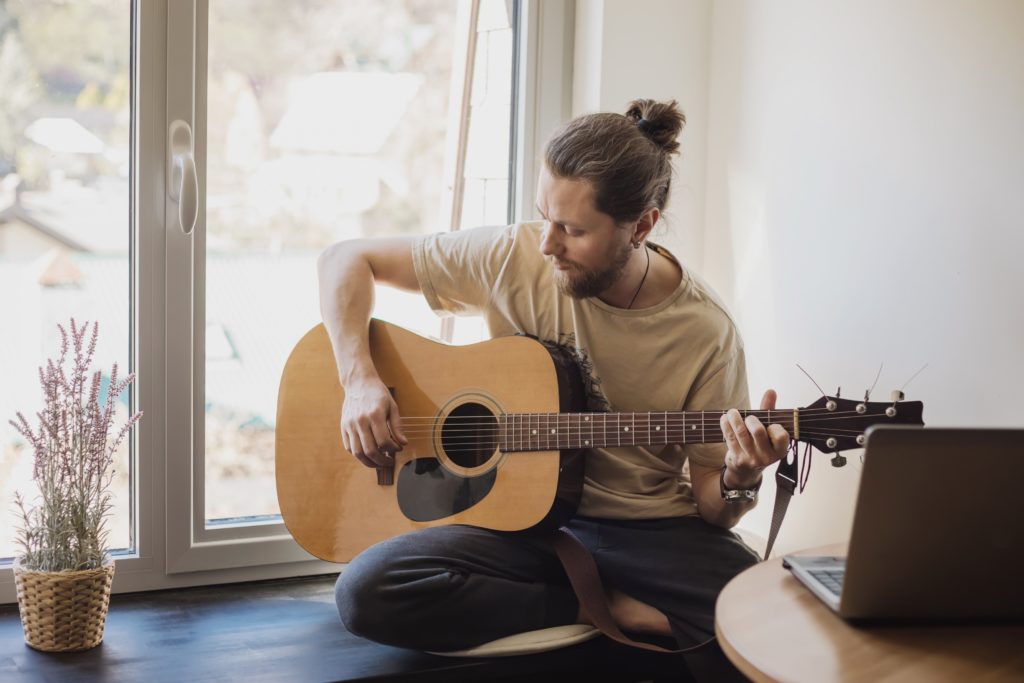 The D7 guitar chord is a shape that you may not use very often compared to the popular G-C-D-Em shapes, but that’s a mistake. This guitar chord shape has many great uses in popular music, and will enhance your songwriting abilities should you decide to explore it a little further. Plus, it holds the key to creating music in the genres of country, blues, and funk!

A D7 guitar chord can come up in many shapes, but the main one that most people know it by is xx0212. Other versions of the chord can be seen in the Uberchord display below.

The shapes for X5453X and the shape at fret 10 will be two shapes of this type of chord that you’ll see quite often with all dominant 7th chords. If you’re familiar with the key of g guitar, then a lot of this should be easy to learn. So take the time to learn these chords, as well as a few popular songs like the ones we’ll talk about in the next section…..

Popular Songs That Use The D7 Guitar Chord

Some of the greatest songs of all time use this chord! This is actually used quite a bit on the guitar because so many songs are set in the key of G Major. In G Major, D7 is the V or V7 chord in many chord progressions that use the D7 guitar chord. If you don’t know a lot about theory or how the d7 guitar chord works yet, that’s okay! We’ll go over some of this in the next section as it does help a lot if you’re at a more advanced level.

For now, just play the following chords together to get an idea of the key of G major. The chords of G Major include C, D7, Em, Bm, and Am.

Now let’s play the chords to the classic song “Stand By Me” by Ben E. King. Even though this song came out at the height of Motown’s dominance in the early 60s, it has stood the test of time and won’t hurt any guitarist who puts this in their repertoire. It’s also a great example of the I – vi – IV – V progression that appeared nearly everywhere during that era of music!

A song that may also be familiar to you if you’re a fan of Pearl Jam is “Last Kiss.” As you can tell when you compare it to the previous song, it’s barely different chordwise from “Stand By Me.” The only difference is we now play the C chord in there!

“You Are My Sunshine” is yet another classic melody that uses the D7 guitar chord. As you can see below, the chords are all simple shapes and consist of just G – C – D7, as well as G7.

The Theory Behind The D7 Guitar Chord

Alright here comes the fun part (at least for me)! To understand why D7 is a part of G Major, and why G Major is used so often, we need to break down the notes of the chord and the scale it comes from:

As we’ve said before, the D7 guitar chord is the V of G major, and you get the V by going to the fifth note (D), and choosing every other note after (F#, A, & C). Every single major key will have a V7 chord as long as you follow the strict rules for making a major scale (W W H W W H). Hopefully this all helps you learn what is a d7 guitar chord and where it comes from.

The most important thing to know though is that you must use the notes D – F# – A – C whenever you’re soloing over this chord or using it to create a guitar part, whether that’s in G major or any musical context that uses the D7 guitar chord.

Another scale that you’ll use a dominant 7th chord like D7 with is the Mixolydian scale. It’s easy to remember this because you already know that D7 is the V chord. So, when you play the same set of notes above starting on the V, then you’ve got a Mixolydian scale!

You can do this no matter whether you’re in C major, Bb major, or F# major. Every major scale will have a Mixolydian scale starting on the V. We’ll talk a little bit more about Mixolydian scales and sounds in the last section below this one……

One thing you should try to be aware of is the difference between a m7 chord and a dominant 7th chord. I’m bringing this up because the m7 chord is very similar to the dominant 7th chord except for one note, the third. Compare the notes below of Dm7 and D7:

So, an m7 chord is a dominant 7th chord with a minor 3rd in the chord. Got it?

Before we end this article, let’s look at the genre that’ll be using this chord a lot….country! You’re going to love learning these country song chord progressions on the guitar I swear.

The I IV V chord progression in G Major will go G – C – D. You know these chords I’m sure? Now that you know the notes in the d7 guitar chord you should know this. Go back to all that theory nonsense in the previous section and you’ll see that the IV corresponds to the C. It’ll make more sense when you look at familiar popular songs like:

“Take It Easy” by the Eagles:

Ah looky looky, it’s those three chords again. How about we look at another country classic (yes the Eagles are country rock I know) like “I Saw The Light” by Hank Williams:

Okay, these songs are a little simple. How about a more complicated chord progression from a crazy country guitar instrumental? Maybe Brad Paisley’s “Nervous Breakdown”?

And with all of these 7th chords, you should also remember what we said about Mixolydian scales? You can use them over these chords to solo with! The chords are the key to almost everything about a song’s structure.

The D7 guitar chord, as well as 7th chords in general, are an extremely useful tool for country music, blues music, rock music, and many genres. It takes some time to see beyond its most common shape that we talked about in the first section, but there are many rewards to take from this harmony once you get acquainted with it.

Would you like to learn more shapes and inversions of the D7 guitar chord? Then download our Uberchord app and take a look at what you find! We also recommend this article if you’re new to guitar fingerpicking for beginners. 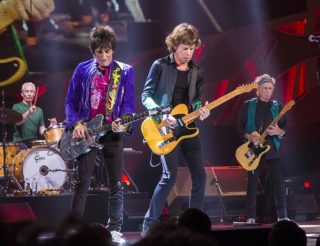 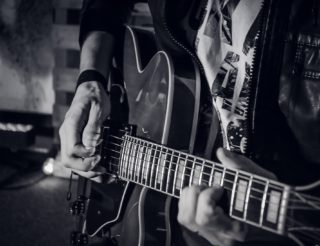 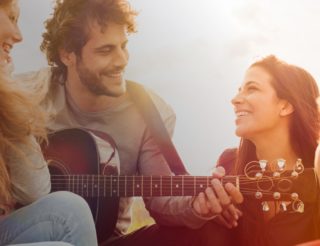